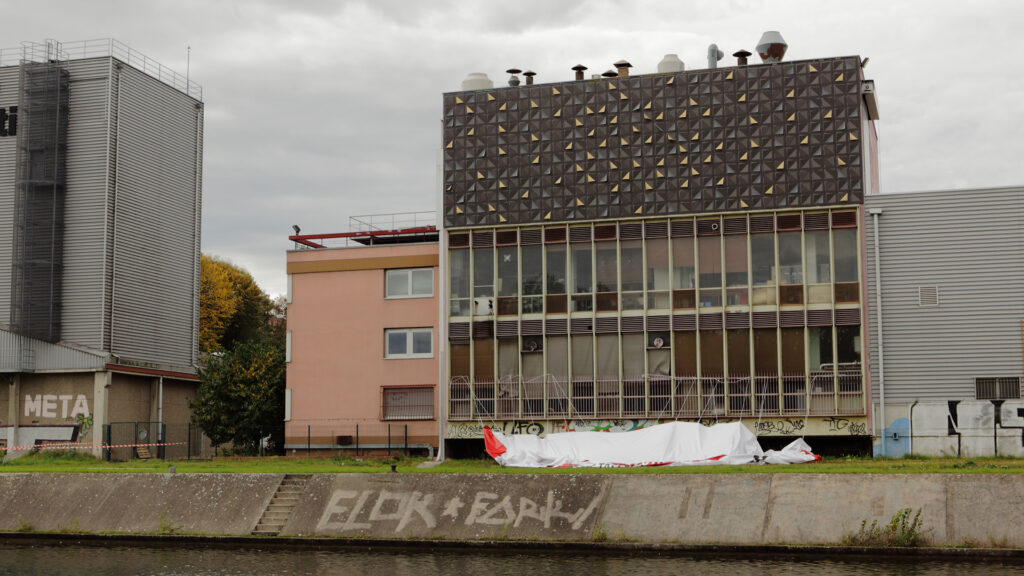 There is a conceptual parallel between the engine room emulsion and the external palpitation of the small mirrored patterns As this side of the factory is rather exposed, the small modular units shimmer and shine in their rotation. Drivers passing from one end of the Vauban Basin bridge to the other will thus have an […] 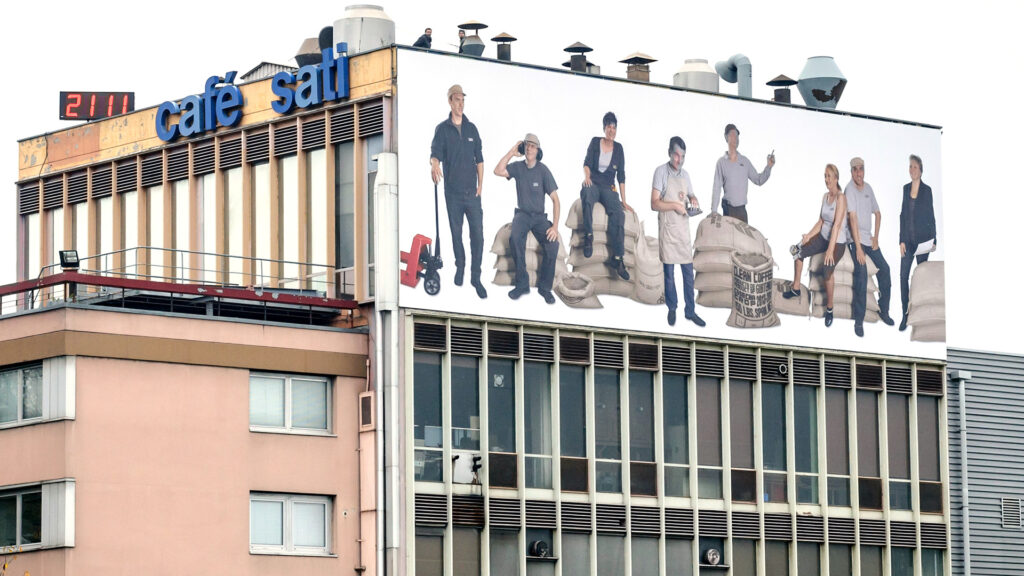 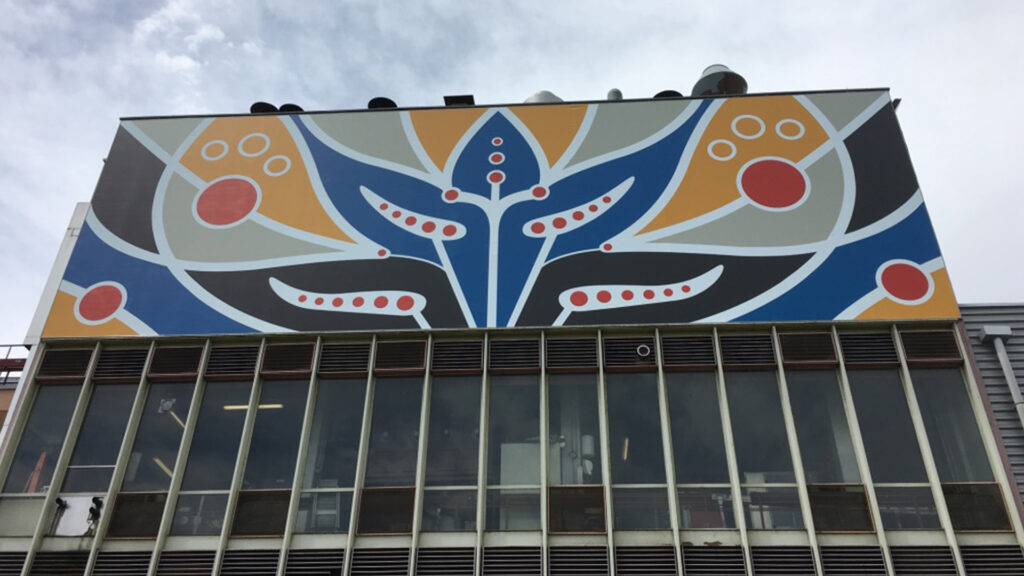 The Sati building carries a coffee plant which opens towards the sky. Water streams underneath and the flower is surrounded by sun light. There is enough space and freedom for its unlimited development. Although nature has been the model for its shape, the exact symmetry serves as a calm anchor and the neat implementation shows […] 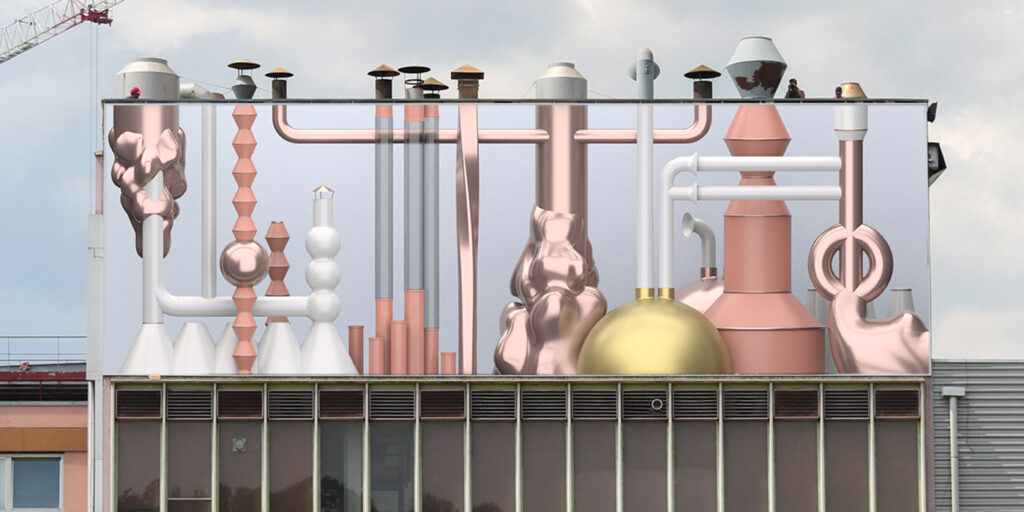 Above all, when we looked at this facade we were attracted by the diversity of shapes, materials and graphic effects of the building. Especially the numerous chimneys coming out of the roof.What are they for?Where do they go?Why these shapes?What happens inside?These mysterious chimneys were the basis of our research. Integrating our creation in the […] 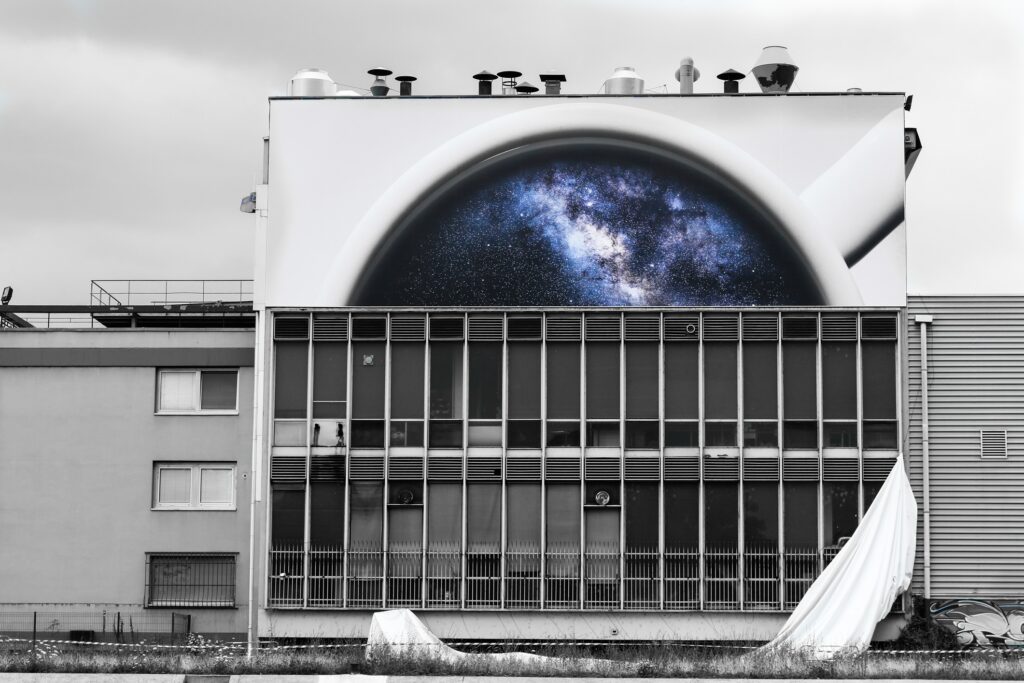 Time is the heart of the author reflection. The duo wanted to capture the present moment and slow down this notion of time in constantly moving world. “Situ Sati is a counterpoint in a fast-paced world. The artists used the pinhole method to realize Situ Sati. The pinhole camera is a box with an opening […] 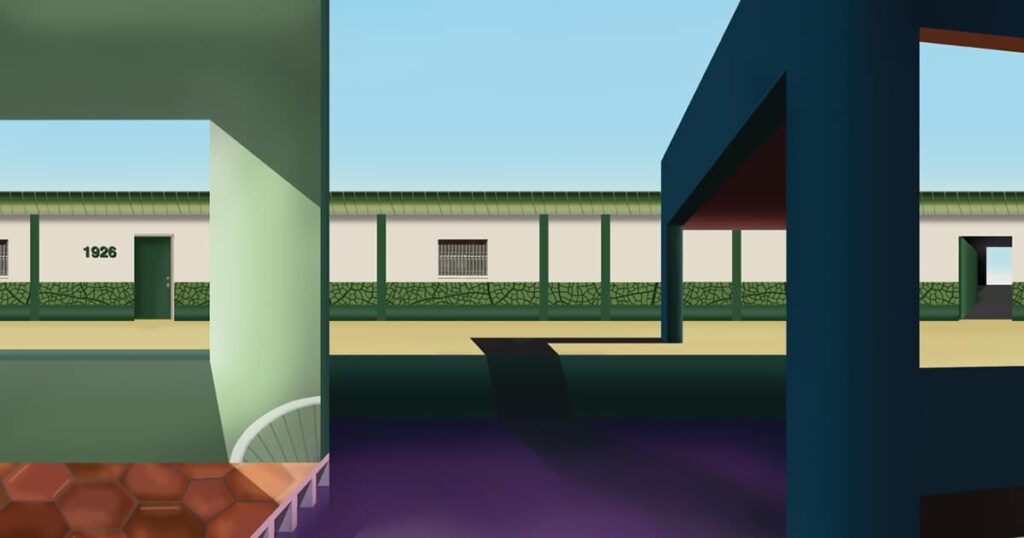 “I would like to use this 18m x 6.5m screen to create a new window on this building, leading to an imaginary space that would appeal to motorists (…) with strong elements of Sati’s identity in it.“A key step of the project was the observations the different states of coffee – plant, flower, fruit, seed […]

Victoria Kieffer has developed her project around the idea that Arcadia is an idyllic, pastoral and harmonious land, which embodies the representation of the mythical golden age fantasized by the nostalgia of a country that one has never known.Every day, tens of thousands vehicles cross 2 bridges : first is “Pont de l’Europe”, from France […]